Welcome to another edition of Season Sim! In this series, I turn the rest of this season over to BracketBot and we all see what happens together! I’m shaking things up, since I’m a bit short on time today, so this will appear as more of an info dump, but that’s the real interesting stuff anyway. This’ll be the last Season Sim that looks like what you’ve seen all year, since conference tournaments start as early as Monday! Sunday’s Season Sim will include simulations of next week’s conference tournaments (I think somewhere on the order of 10,000 sims for each conference), so it will be different, but should give you all a good look at what’s coming in the smaller conference tournaments next week. Anyway, it’s time to take a look into my crystal ball… the date is April 8, 2019, and we’ve all just watched…

SCENARIO: …we’ve all just watched Virginia win their first national title, defeating Kansas 66-60. It would be especially meaningful for Virginia to take home a trophy this year given what happened in the 2018 tournament, so I can imagine what this would mean for Cavs fans. UVA defeated #3 seed LSU in the semifinal, while #2 seed Kansas had beaten #1 overall seed Duke. Here’s the tournament bracket:

Some really fun upsets in this tournament bracket, especially compared to Sunday which was a pretty tame tournament sim. 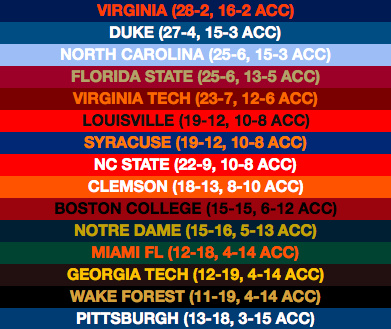 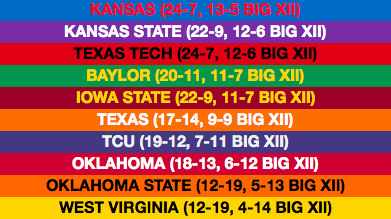 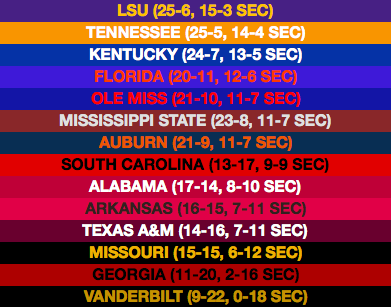 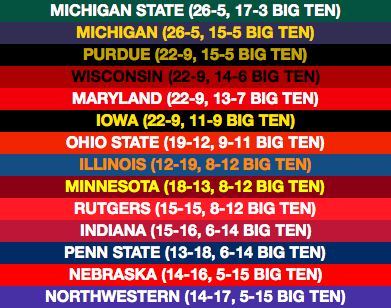 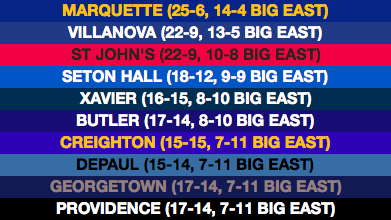 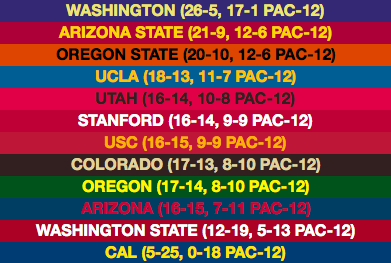 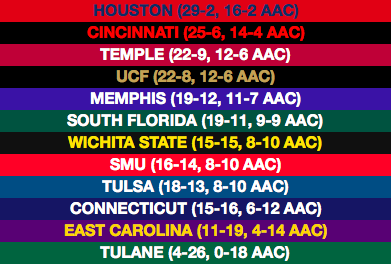 Three bid thieves in total – Toledo won the MAC instead of Buffalo, Dayton won the A-10 instead of VCU, and Oregon State, as covered above, won the Pac-12 over Washington and ASU.

That’s all for this edition of Season Sim! I’ll be back with BracketBot updates on Friday and Sunday, and my first preview of the conference tournament schedule on Sunday as well!